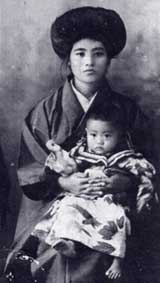 Aaron Ling Johanson is a fourth generation descendant of Okinawan and Chinese immigrants to Hawaii. As the great grandson of plantation laborers, 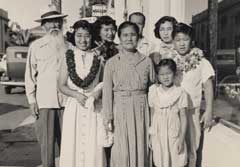 Aaron understands the impact of education, family, and community in making a difference in the lives of Hawaii’s people. Aaron is the son of Larry and Cindy Ling Johanson and grandson of James L.F. and Esther Shiroma Ling, who first moved into the Moanalua area in 1959. The Ling family moved to Moanalua in order to be closer to Pearl Harbor, where Aaron’s grandfather served as a civilian worker and ship-fitter for thirty years. Aaron's grandfather was on duty during the bombing of Pearl Harbor. World War II ultimately connected all of Aaron’s family. His paternal grandfather, Ernest Johanson, was a World War II veteran and Purple Heart Medal recipient. 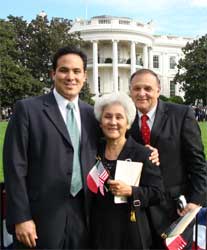 As a State Representative, Aaron contributes to the Legislature through his significant national and state-level leadership experience. In Washington, D.C., he served as Deputy Chief of Staff at the U.S. Mint, U.S. Department of the Treasury, assisting the Director with management of the federal agency charged with producing all of the nation’s circulating coinage and precious metal collectible coins. Aaron also served in the White House Office of Presidential Personnel as Director of Schedule C Appointments and Deputy Associate Director. In his two roles at the White House, Aaron recruited, interviewed, and recommended candidates for Presidential appointment throughout the federal government.

In state government, Aaron has served as a Deputy Chief of Staff in the Lt. Governor's Office and twice as a legislative analyst to former Representative Lynn Finnegan. He also served as a Commissioner on the Legislative Federal Economic Stimulus Program Oversight Commission, tasked with overseeing the State’s use, implementation, and results of ARRA-related stimulus spending. In each of these roles, Aaron experienced both the executive and legislative branches of the Hawaii State government first-hand, gaining valuable insight and experience in the nuances of how our state government works. In addition to government service, Aaron gives back to the community through active service as a five-term Director of the Moanalua Gardens Community Association (neighborhood board), a Director of the Moanalua Lions Club, a Member of the Aiea Community Association & Friends of Aiea Library, and a former Youth Group Leader  at his church, Calvary Church of the Pacific in Aiea. In high school, he served as the Student Member on the Executive Committee of the Hawaii State PTSA (Parent Teacher Students Association).